This is the Story about GKB Unicycle Club

How we started and where we are today 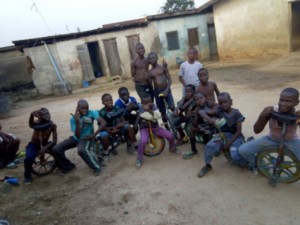 We are a small unicycle club located in Lagos, Nigeria and we have been active for 3 years now. Our Trainer (Kuyoro Olalekan) started riding a unicycle in 2012. He did football and rollerskating before he got attracted by this magical one wheel vehicle. He started learning to ride and how to do some tricks and saved any Naira he could get to buy his Giraffe. Once he got better with tricks, he started doing his first shows on a unicycle to entertain the people and to earn some money from the shows. After doing this for a while, he thought that there is a huge potential in his ghetto. If they would only get the chance to try unicycling out, many kids could become great unicyclists.

In summer 2015, he invested his money into some old used Chinese unicycles and started to teach some kids how to ride them. This is when the God Knows Better (GKB) unicycle club has been formed and from that point onwards, Kuyoro (better known as GKB) focussed completely on teaching the boys and girls how to ride as good as he could. The children quickly improved their riding and after a year of practice, they were able to do their first own shows in the streets of Lagos. These shows did not only make the kids feel proud about themselves, but also provided them with a small income that helped the young Christs and Muslims to manage their lives better. 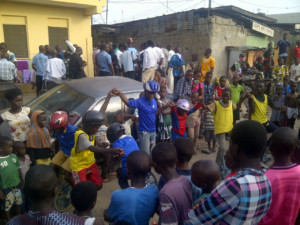 Then in summer 2016, Kuyoro realized that he was close to reaching his personal limits in growing the sport further and therefore decided to look for some support from the unicycling community. He searched on the internet for the best person to ask for support and finally he decided to contact the IUF President to tell his story to the IUF Board. He quickly got a response and so he started to communicate daily, telling his story and explaining his targets and needs.

During this process of creating first ideas about how to support the club, he and the kids lost their home from one day to another and for a moment it seemed like the complete project had to be canceled. 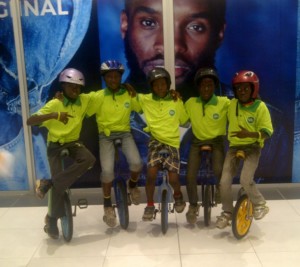 This was the moment when the IUF decided to take a step the IUF never did before. The board decided that this African project was great and needed full support, but wouldn’t work without a stable home base for the club. Therefore, the IUF stepped in and provided a save home for 18 months for Kuyoro and about 10 kids which form the core of the club. After this unusual step was taken, things started to become better and better every day. The club suddenly got media attention, the government showed interest in what we are doing for the first time, we got more bookings… 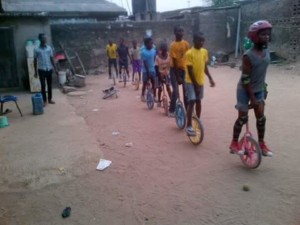 So now, in summer 2017, we are talking about the organization of LUC (Lagos Unicycle Convention) and also about a 2 weeks training camp in Lagos with Mark Fabian, Eli Brill, Maren Wohlfarth and Janna Wohlfarth. After learning all tricks only from videos watched on small smartphone screens, GKB kids deserves a workshop like this. Additionally, it will also help to bring much more attention to this group and to the sport itself in Nigeria.

GKB unicycle Club provide you great entertainment you never see before. Your birthday party, your wedding, you village event… We will make it more fun for your guest.

Tell us what you are looking for and we provide you an exciting and entertaining Show that fullfill your needs.
We can also visit you and discuss together how you can excite your guests.
We are located in Gbagada, Lagos, Nigeria, send us an email to gkbentertainer [at] gmail.com or just call me at +234 708 445 6529 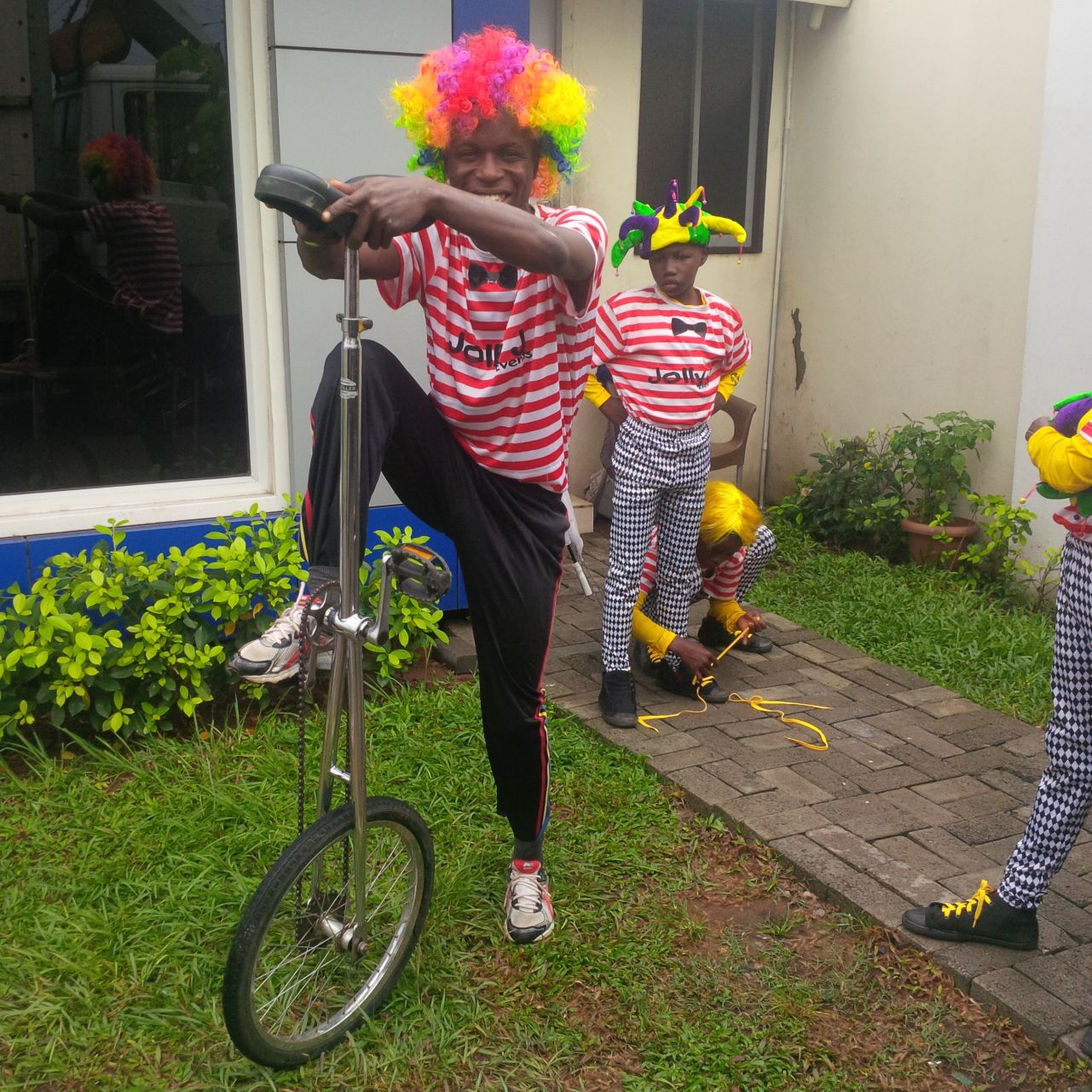 GET A REAL PIECE OF OUR POWER!

Get your GKB shirt! Make sure to place your order soon!

Each Shirt you buy support our kids to be able to join the next Unicon! 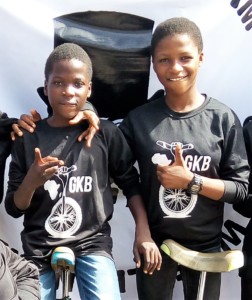 These are our main supporters, visit their website to learn more about them! 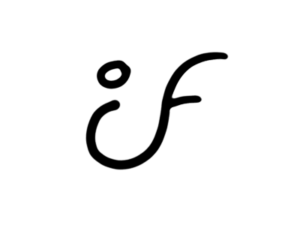 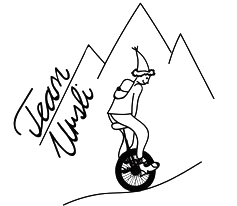 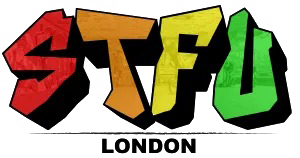 GET IN TOUCH WITH US

If you have any questions about GKB, unicycling in general, or just want to say hello, don’t hesitate to contact us!